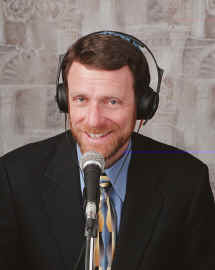 Rabbi Samuel M. Cohon is the Rabbi of Congregation Beit Simcha of Tucson, Arizona.  For nineteen years, he served as the Senior Rabbi of Temple Emanu-El of Tucson.  During his years as Senior Rabbi, the Temple grew from 350 to 700 families, built a new 180-student Early Childhood Education Center, created the most extensive Jewish Adult Education Academy in the country and, through its Taste of Judaism program, opened its doors to over 6000 students in an open explanation of Jewish tradition.

Rabbi Cohon has also become a leader in both the Jewish and the general community and is the past Chair of the Multi-Faith Alliance of Tucson, which he helped found in the wake of September 11, 2001.  Rabbi Cohon is a past President of the Tucson Board of Rabbis, a member of the Rabbinic Cabinet of the Association of Reform Zionists of America (ARZA) and the United Jewish Communities.  He also served on the Board of Handmaker Services for the Aged and Jewish Family and Children’s Services.  Rabbi Cohon served as a member of the Rotary Club of Tucson, the Metropolitan Education Commission, the Board of the Prime School and the Red Cross Real Heroes Selection Committee.  He is on the Professional Advisory Committee for Camp Stein and has been a Board Member of the Jewish Outreach Institute.  He has also led four Temple Emanu-El Pilgrimages to Israel, including an Interfaith Pilgrimage with St. Philip’s in the Hills Episcopal Church.

In addition, working closely with the City of Tucson, Rabbi Cohon coordinated services and memorial events on the anniversary of the 9/11 attacks, and served as honorary co-chairman for the Catholic Foundation Dinner honoring the retiring Bishop Manuel Moreno.  Rabbi Cohon received the "Make a Difference Award" presented by the Human Relations Commission of the City of Tucson in 2004 and has been honored by a variety of community organizations.

Previously the Rabbi of Congregation B'nai Israel in Spartanburg, South Carolina, where he was named Outstanding Religious Leader of the Year, he chaired the Human Relations Commission of Spartanburg and the Martin Luther King, Jr. Committee, co-founded the Interfaith Religious Group, and served as Program Chairman for the Spartanburg Rotary Club.  He is also a trained cantor who served pulpits in Santa Barbara and Los Angeles, and has recorded three commercial CD’s of Jewish music, the latest released in 2003, called “Shabbat Rocks!”  He is also the author of the "Shabbat Reflections" prayerbook, and the editor of "The Promise Haggadah for Passover.”

Rabbi Cohon has officiated for the High Holy Days as rabbi in Shanghai, China, held student rabbinic pulpits in Sydney, Australia, and Billings, Montana, among other places, and Cantorial pulpits in Santa Barbara, California, Vancouver, British Columbia and Jerusalem, and served on national rabbinic and Cantorial boards.  Rabbi Cohon is a third-generation rabbi, a marathoner, bicyclist, and softball player.  He has two sons, Boaz and Gabriel, and a daughter Cipora.